At an Údarás na Gaeltachta Board meeting in Na Forbacha today. 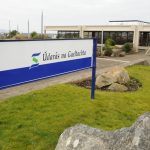 A number of projects, leading to the creation of 110 new jobs and a total investment of circa €5 million when up and running, were approved.

In addition, €1.56 million was approved for organisations involved in various language planning initiatives and activities: