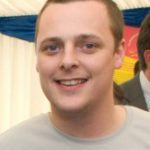 An SDLP Derry City Councillor has been forced to apologise over comments he made against a fellow councillor who has a Scottish accent.

He initially stood by his remarks he made on a social networking site and said that he wouldn't be apologising.

Today however he changed his tune issuing a statement stating his regret that he did not take the opportunity to retract the words  used on Facebook earlier.

Councillor Carr made the comments following a row this week over funding for the restoration of the Bogside Artists’ murals.

Councillor Carr added that he is deeply sorry that he allowed his  frustration about an issue  to be expressed in terms which would be found unworthy of himself or his party.

September 27, 2021
The issue of women from Inishowen being sent erroneously to Donegal Town for BreastCheck appointments, instead of Letterkenny, has now been resolved. Breast Check has...