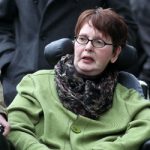 Lawyers for the State have told the Supreme Court that opposing a challenge to Ireland's ban on assisted suicide was not meant to convey a lack of sympathy.

'right' to suicide and that the primary constitutional concept is to protect life.

Mr Cush said the Community has a common interest in the right to life and that a general right to suicide would run counter to the common good.

He said it could mean a single parent with a young family would have enforceable right to commit suicide.

Addressing suggestions that assisted suicide could be facilitated under strict conditions, the barrister asked, "how much suffering would be needed to qualify?"