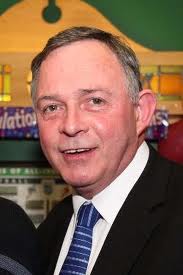 A Donegal County Cllr has expressed his concern that the septic tank registration charge is not a one off fee.

Cllr Terence Slowey who registered his tank when the fee was 5 euro, says he received his certificate, which expires on the 28th August 2017, this morning.

He says this has created confusion, as he believed that the registration fee was a one off.

Cllr Slowey has is now calling on the Environment Minister, Phil Hogan to clarify if the fee is a recurring charge....