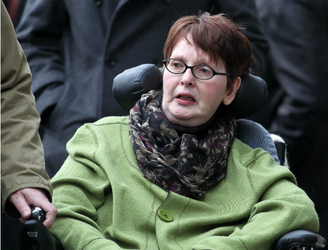 The Irish Human Rights Commission is backing Marie Fleming's claim that she has a right to assisted suicide.

The Commission is making submissions as a neutral third party in the 59 year old's appeal against the High Court's refusal to relax the blanket ban on assisted suicide.

Former university lecturer Marie Fleming is in the final stages of multiple sclerosis and wants to die with dignity at a time of her choosing.

The Irish Human Rights Commission has told her appeal that there is a right to assisted suicide subject to stringent conditions.

Questioned at length by several of the 7 judges hearing the case about a general right to suicide barrister Frank Callanan said he didn't want to impute policies to the Commission that it may not have.

The commission is critical of last month's High Court judgment against Marie Fleming.