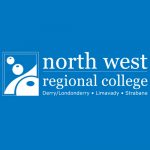 A report into an industrial relations dispute at the North West Regional College in Derry highlights allegations of "a culture of fear" among staff.

The report has called for widespread changes to rebuild trust between staff and management.

The North West Regional College employs 852 staff at its campuses in Derry, Limavady and Strabane. The college has said it accepts the core findings of the report.

The author of the report, Harry McConnell, spoke to about 50 people - including senior and middle management, the governing body and teaching and non-teaching staff belonging to different unions.

It found that 29 staff have been disciplined since 2007, a figure, the report says, that seems higher than would have been expected.

The report says the college's governing body is perceived as ineffective and not able to adequately challenge senior management or hold them to account.

However, the report says there is no evidence that the ongoing problems have had a negative impact on the teaching of students.