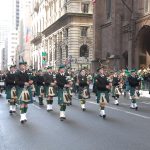 Donegal County Cllrs have agreed to send the Mayor, Deputy Mayor, County Manager and a member of the opposition to New York for St Patrick's Day this year.

Councillors voted unanimously (apart from Sinn Fein Cllr Marie Therese Gallagher and Independent Cllr John Campbell) that the trip should go ahead at the expense of the taxpayer.

In 2010, Cllrs voted that the then Mayor, Brendan Byrne, and his Deputy Charlie McConalogue would have to fund the St Patrick's Day trip to America out of their own pocket. 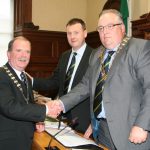 At the time, the now Mayor Cllr Frank McBrearty voted in against taxpayers paying for the trip.

But he has admitted that the 2010 decision was a mistake and regrettable.

Mayor McBrearty now says that the trips are essential to promote the county, and are by no means a junket...