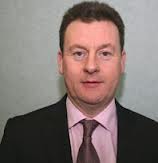 Donegal County Council has confirmed that the sale of a house in the Parkhill area of Ballyshannon was not completed before it was subsequently destroyed in a suspected arson attack.

The Parkhill property, which was due to be purchased for social housing purposes to house a family of travelers in the town, has been the source of much controversy in the past month.

Fianna Fail Cllr Sean McEniff, who did not attend todays Donegal County Council meeting, said at the time that travelers should be housed in isolation.

County Manager Seamus Neely confirmed today that the property was due to be available to the Council on the 11th February. Consequent to the suspected arson attack in the early hours of February 11th, the vendor was not in a position to deliver the property in it's condition and as such the sale was not completed.

Management also said that they had thus far refrained from making comment on the property which was to accommodate the traveler family, as it was inappropriate to do so.

However, the County Manager said that he believed that now the time was right to reiterate the Councils position, and he said that Donegal County Council would continue to be fully committed to interculturalism, and always had been.