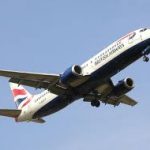 Passengers using Donegal Airport will soon be able to buy an inclusive ticket from Donegal to London.

British Airways has confirmed a codeshare agreement with Loganair that will link Donegal Airport to London Heathrow via a connection in Dublin.

Loganair will operate the route from Donegal to Dublin, with passengers then transfering to British Airways mainline services to London Heathrow. The 23kg baggage allowance will be valid for the entire journey, with a complimentary bar and meal service on the Dublin - London leg of the flight.

British Airways say inclusive fares from Donegal to London Heathrow start at just €78 one way and from €184 return, including taxes, charges and fees