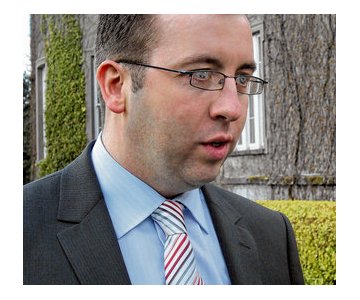 Fine Gael councillor Barry O’Neill has received a sinister package linked to the burning of a controversial house intended for travellers which was gutted.

Mr O’Neill received a Mass card with what gardai said was “an unpleasant message” at his home in Ballyshannon.

A man was yesterday quizzed by gardai about the package delivered a day after the fire.

Gardai believe arsonists were behind the attack on Monday that gutted a house in Parkhill in which a family of 13 travellers were preparing to move.

Three weeks ago councillors fumed at the plan by council officials to place the family in a five-bedroom house on a hilltop overlooking a scenic view at Parkhill, less than two kilometres outside Ballyshannon.

Gardai are already investigating a complaint from the Donegal Travellers Project that two councillors incited hatred in public comments they made about allocation by the council of the house to the travellers.

Mr O’Neill, a Donegal County councillor and also an RTE radio sports producer, is not one of the councillors under investigation.

When he spoke on the controversy it was to accuse the council’s housing department of breaching the rural housing policy in the county development plan..

Gardai last night confirmed they were still investigating who started the house fire, and that an investigation had also opened into the delivery of “a package” to a Fine Gael councillor with an unwelcome message linked to the fire attack,.

Gardai said the message was “unpleasant” but it didn’t contain a death threat.