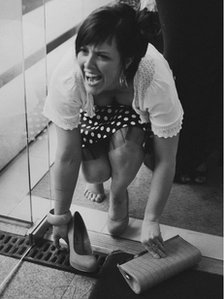 The funeral has taken place in Newtownabbey of of Philippa Reynolds, the 27 year old PSNI officer killed when the unmarked police car in which she was travelling was struck by a stolen jeep on Saturday night.

During the funeral, her sister Deborah said she "touched many lives during her short time on earth".

She added she will never understand why God chose to take her from her family and friends at such a young age, but she will live on in their memory.

Politicians who joined the Reynolds family and friends for the funeral included first and deputy first ministers, Peter Robinson and Martin McGuinness, and the North's justice minister, David Ford.