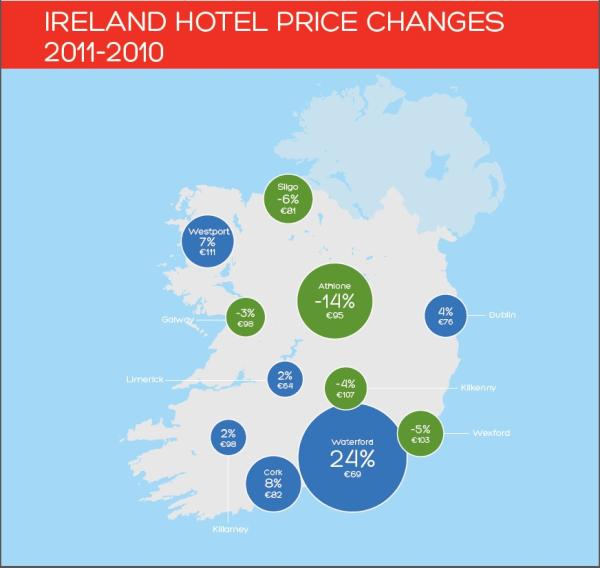 n having been excluded from a map highlighting hotel price changes in Ireland.

According to the latest survey from Hotels.com, the cost of a hotel room in Ireland increased by 4% last year, with the average price now at €82 per night, compared to €79 at the end of 2010.

But a map accompanying the statistics seems to include Donegal with northern Ireland much to the anger of local tourism representatives.

Not only is Donegal not included in the map, the county has been excluded from the company's analysis of visitor numbers and hotel price changes.

January 21, 2021
51 more Covid related deaths have been reported by Health officials with 2,608 additional cases, 135 of them in Donegal. The reproductive number of the...