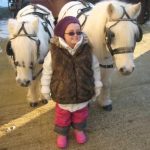 A 12 year old girl from Dungloe, who was battling an immune system disorder, has died.

Catriona Melly  was diagnosed with Immunodeficiency, meaning that she had a very poor immune system, when she was just one year old.

In 2006 she underwent a bone marrow transplant, which left her with a number of additional medical problems.

Since then, the schoolgirl required daily intravenous medicine.

Just last month Catrona had her deepest wish granted by the Starlight Children’s Foundation she was driven in a limousine to Andover where she met Tripe and Onions - two snow white Shetland Ponies.

Catriona passed away this week.  She will be buried after mass in St Crona's Church, Dungloe on Friday.