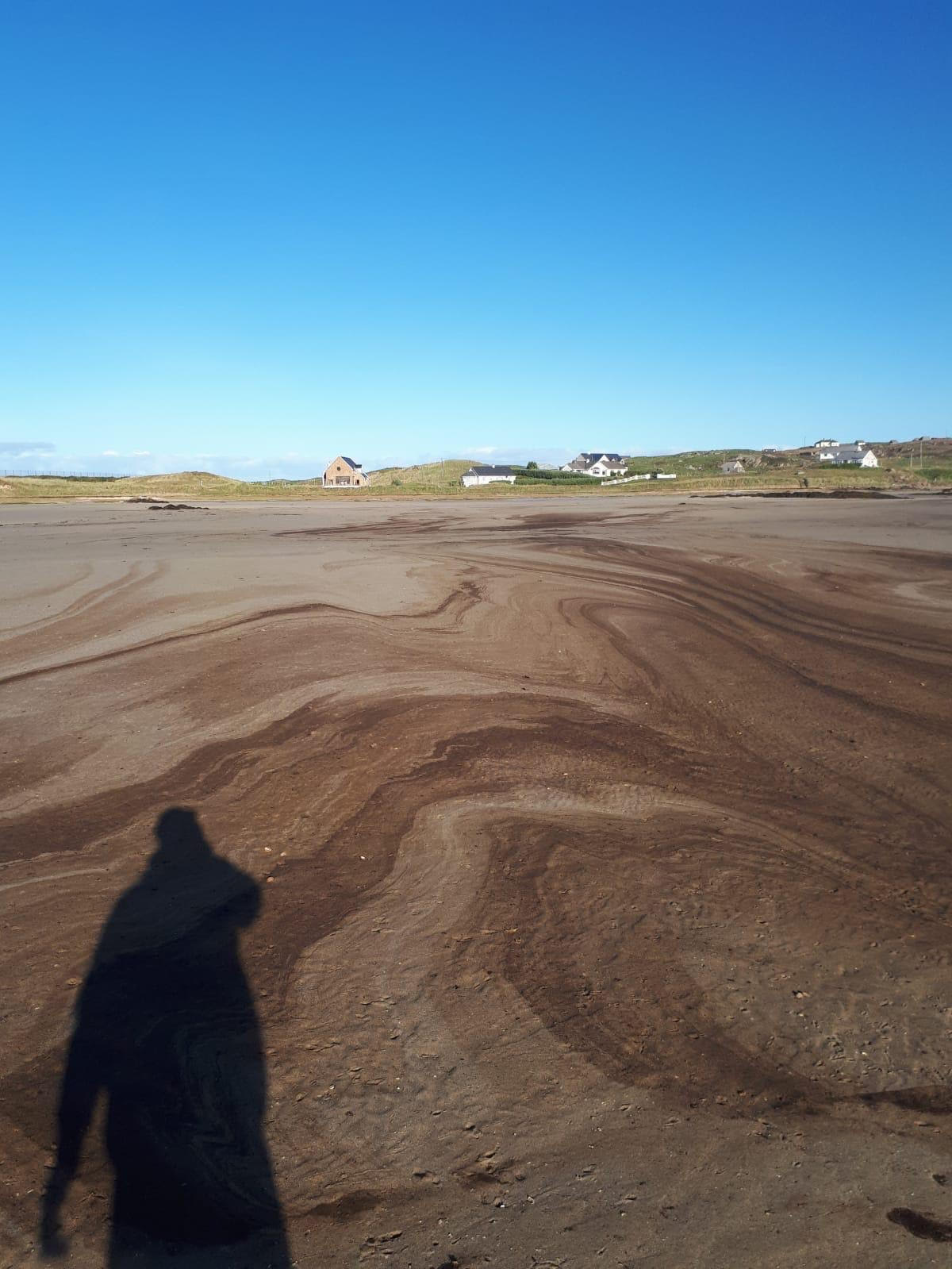 Yesterday a brown substance appeared strewn across the sand along the strand between Braade and Ranafast.

It's understood that representatives from the local authority have visited the site.