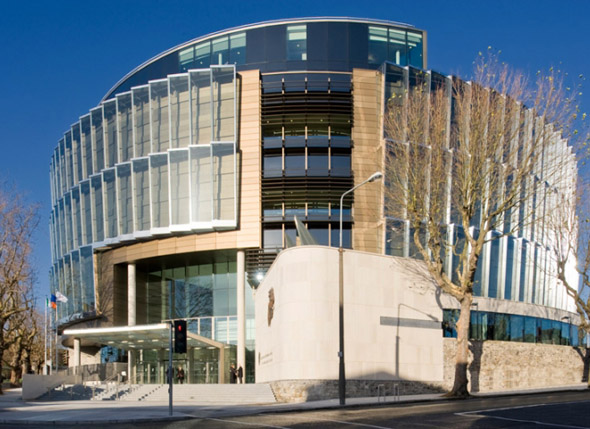 A man who abused his young cousin by making him perform sex acts over a six year period has been jailed for ten years.

51 year old Thomas Patton, with an address at Castle Avenue, Clontarf, Dublin, had pleaded not guilty at Dublin Circuit Criminal Court to 24 counts of indecent assault of his cousin at Castlefinn, in Co Donegal, on dates between April 1, 1984 and January 1, 1990.

Patton was found guilty of the 24 counts by a jury following a trial in July, last. He has no previous convictions. The court heard that the victim, Mark Patton, has waived his right to anonymity.

The court heard that Patton and the victim were first cousins. There was a nine year age gap between the two and the offending behaviour commenced when the victim was aged six.

She said the victim had experienced considerable isolation as a result of the division in his family as a consequence of him disclosing the abuse.

She said the case was mitigated by Patton being a minor during the initial crimes and a very young man during the later crimes, his lack of previous convictions, his living a productive life since the offending, his achievements in business and his pro-social family life.

At an earlier sentencing hearing, Detective Garda Dominic McGrath told Derek Cooney BL, prosecuting, that the victim's father was from Ballybofey, Co Donegal, and that his uncle had built a house there in the 1980s that the family regularly visited.

The victim, who stayed in the house in Castlefinn when aged between five and 12, would sleep in the same bedroom as the accused.

In his victim impact statement, which he read out in court himself, Mark Patton said that he found maintaining relationships difficult, that he had been in counselling for 20 years and that there was pressure put on him from within his family to "stay quiet".

He said he felt worthlessness and shame about the abuse and that the assaults "ruined my childhood and so far my adult life".

He said he was overprotective of his three children, "never had everyday-life's pleasures" and that some of his relatives had stopped talking to him since the accused was found guilty.

Mark Patton said that the family was "splintered" since the guilty verdict and that his mother was "sick and frail due to this - maybe, I should have stayed quiet".

"My kids are the reasons I pursued this. I did it to protect them and others," he said, adding that the HSE had told him the assaults were "make believe".

Paul Greene SC, defending, said his client was "a man who spent a great part of his childhood believing his grandmother was his mother" before he made contact with his mother.

Mr Greene noted that his client was not accused of using the threat of violence in the case. He said his client had to work abroad trying to make a living for his family.

June 1, 2020
Coillte says it's lost a minimum of 150 hectares of forestry to fires in recent days as a status red wildfire warning continues. A new...