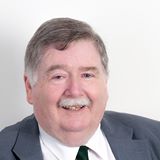 Fianna Fail Cllr. Enda Bonner is to be added to the party ticket for the upcoming local elections.

It follows a week of controversy, after he lost out to Noreen McGarvey at the party’s selection convention in Burtonport last Friday.

It’s understood that Fianna headquarters contacted Cllr Bonner earlier today stating that he would added to the ticket.

He says this will be his final time to run: