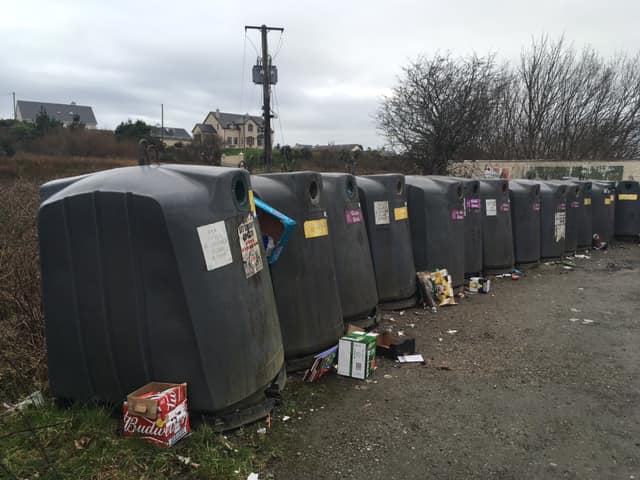 A Donegal County Councillor has hit out at those responsible for littering at the recycling bank in Gaoth Dobhair.

The illegal dumping is thought to have happened in recent days with numerous discarded boxes discovered in and around the bottle bank.

Cllr Michael Cholm Mac Giolla Easbuig says its an ongoing issue and there’s simply no excuse for such behaviour: