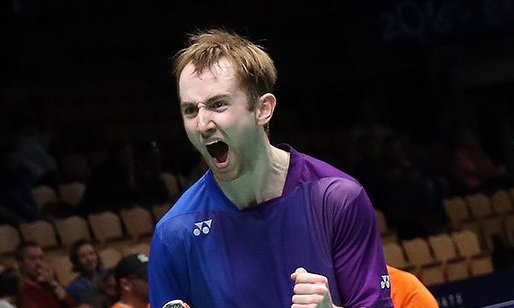 Chloe Magee is through to the second round of the women’s singles competition at the European Badminton Championships in France.

The Raphoe Olympian advanced with a three sets win over England’s Chloe Birch.

During the afternoon session Chloe was back on court with her brother Sam in the mixed doubles.
The Donegal pair beat Robert Mateusiak and Nadiezda Zieba, the legendary pair from Poland in three sets 21-18 13-21 21-18 to reach the next phase.

Another Raphoe lady will be on court on Wednesday when Rachel Darragh, cousin of the Magee’s, will be in women’s double action with Sara Boyle while Sam will be joined by Joshua Magee in the men’s doubles on Wednesday.

Elsewhere Scott Evans is through to the men’s second round with a 21-13, 21-6 victory over a finish opponent.