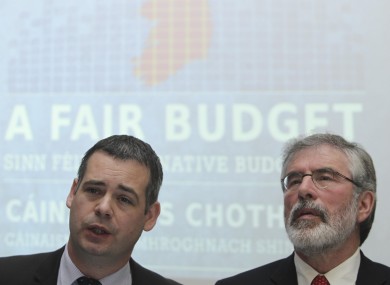 Sinn Fein are considering running three candidates in the next General Election in Co Donegal.

Since the last general election the party increased their vote considerably in the local elections.

And yesterday, in the latest IPSOS/MRBI study for The Irish Times Sinn Fein topped the poll along with Fine Gael.

Deputy Padraig MacLochlain says three candidates in the next General Election is certainly an option: