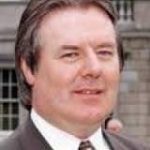 It's emerged that Donegal has the joint highest percentage of people convicted in court of a motoring offence escaping penalty points because of a legal loophole.

Previously, a driver summoned to court was not directed to take their license with them, which meant in many cases, no record of the driver receiving penalty points is ever made with the transport department. That's now changed, with motorists instructed to bring their licence, and also a photocopy of it.

Nationally, 40% of licences were recorded between April of last year and the end of August this year, but in Donegal and Cavan/Monaghan, that figure was just 17%.

In Donegal, there were 175 drivers convicted, just 29 of whom presented their licences.

The Dail questions were asked by Deputy Tommy Broughan on behalf of Susan Grey of PARC. He says this means 83% of those convicted in Donegal have not presented their driving licences, and that's unacceptable.........

January 26, 2021
The number of Covid patients at Letterkenny University Hospital has risen further with 109 patients with the virus currently on site. Six of the...